In June 2020 we were asked by the Autonomous School of Zurich to realize a summer use of the inner courtyard. Due to the measures against COVID-19 they had to close their café on the first floor, because the distances there could not be kept. For many people, the café replaces the living room, as they live in asylum centers scattered throughout the canton, where such rooms are often lacking. It was therefore important to the operators* to find a weatherproof replacement as soon as possible so that this meeting place can function again with the measures taken.

The result is a construction planned and built on site together with the users. Our "Mother Hexagon" pavilion was used for the second time: the element construction can be easily assembled in one day. In the meantime, intensive consideration was already being given to how a covered area could be built from the material available on site: We received many tarpaulins from the Helmhaus from past exhibitions, which we were able to connect to form a continuous roof area, thus determining the size of the roof. The supporting structure consists, similar to the "transfer ferry", of three frames prefabricated on the ground, which are then brought into position with a lot of "woManpower". Trusses connect the frames with each other, the pavilion and the ramp form the two "corner pillars". Equipped with a wall panel, the roofed area could also be used as an "outdoor classroom".

The construction phase took a good two weeks and enjoyed a great deal of participation from a wide variety of people. In addition to the actual building work, the tables and benches were repainted, a garden was laid out and people got to know each other. Inclusion through collective building, through doing something together. It is amazing what such a community is capable of. The built result here almost recedes into the background. 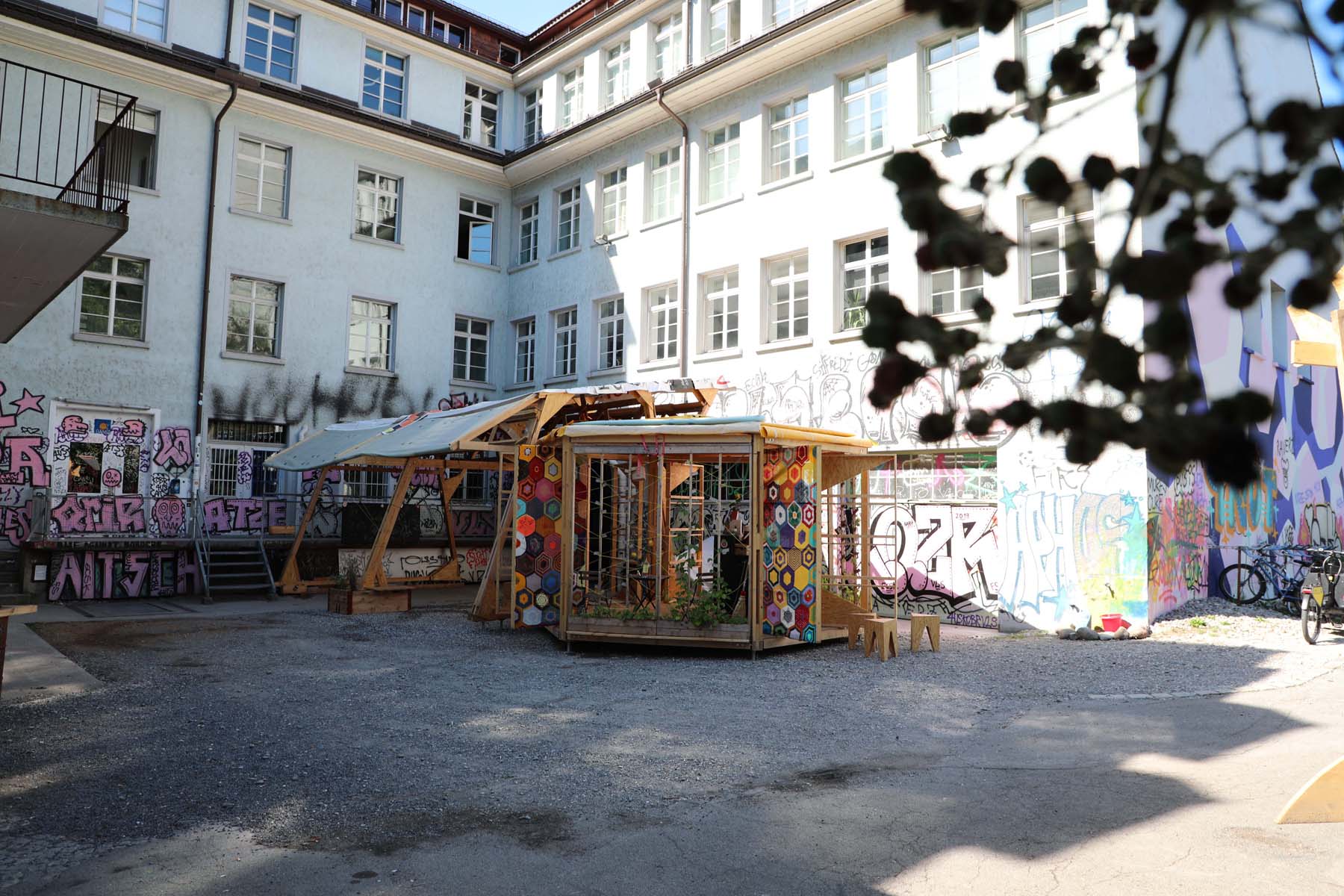 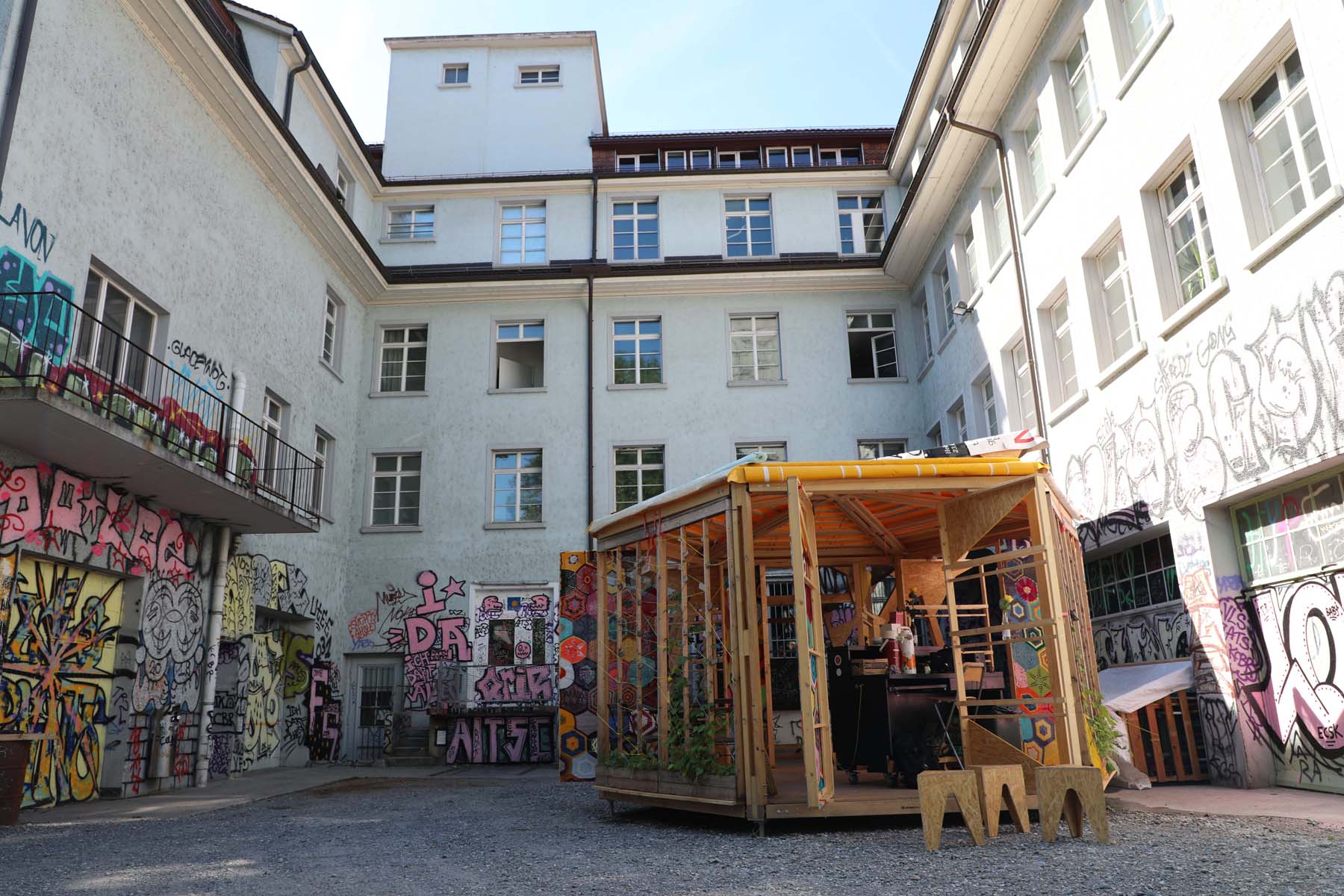 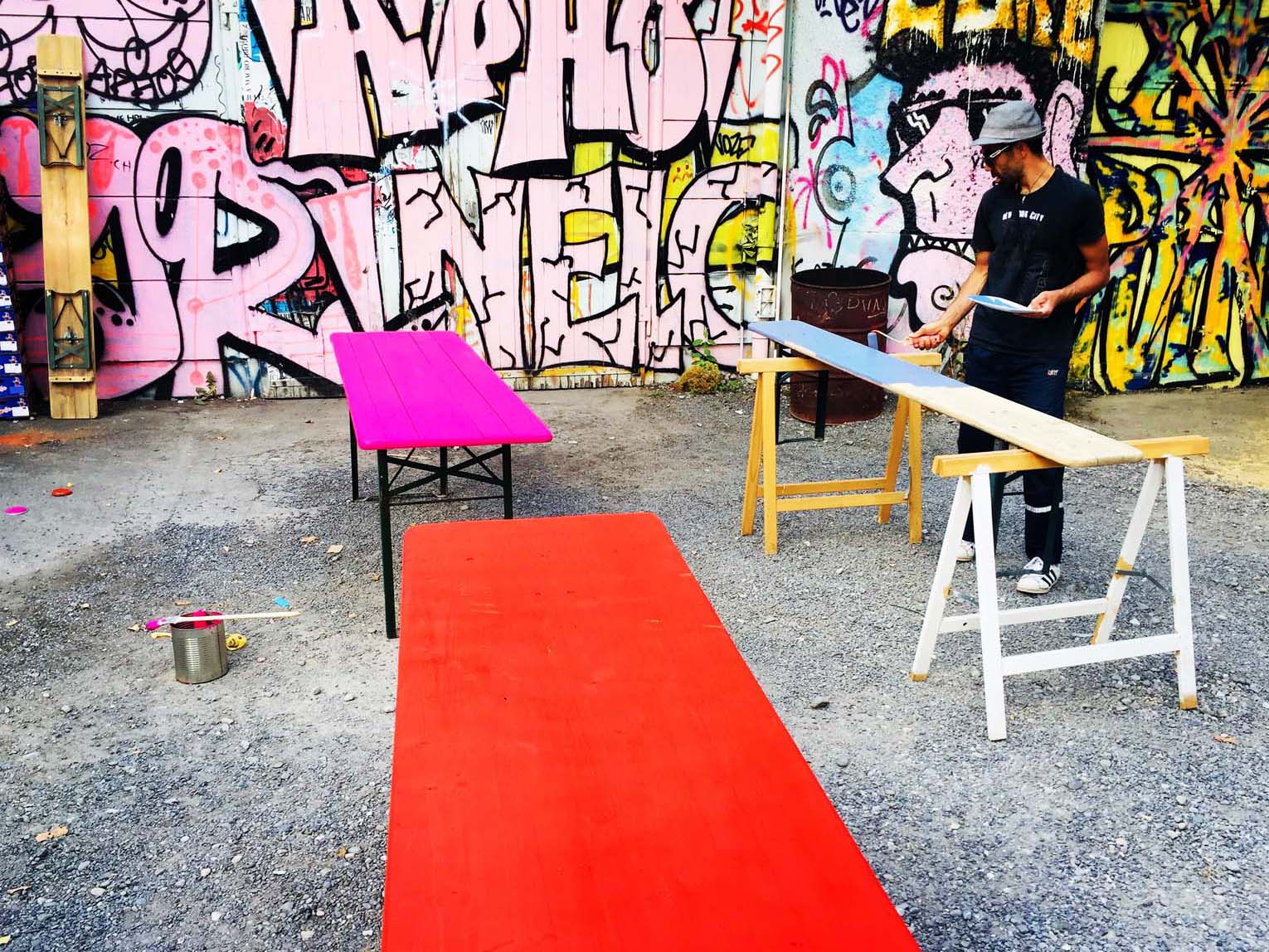 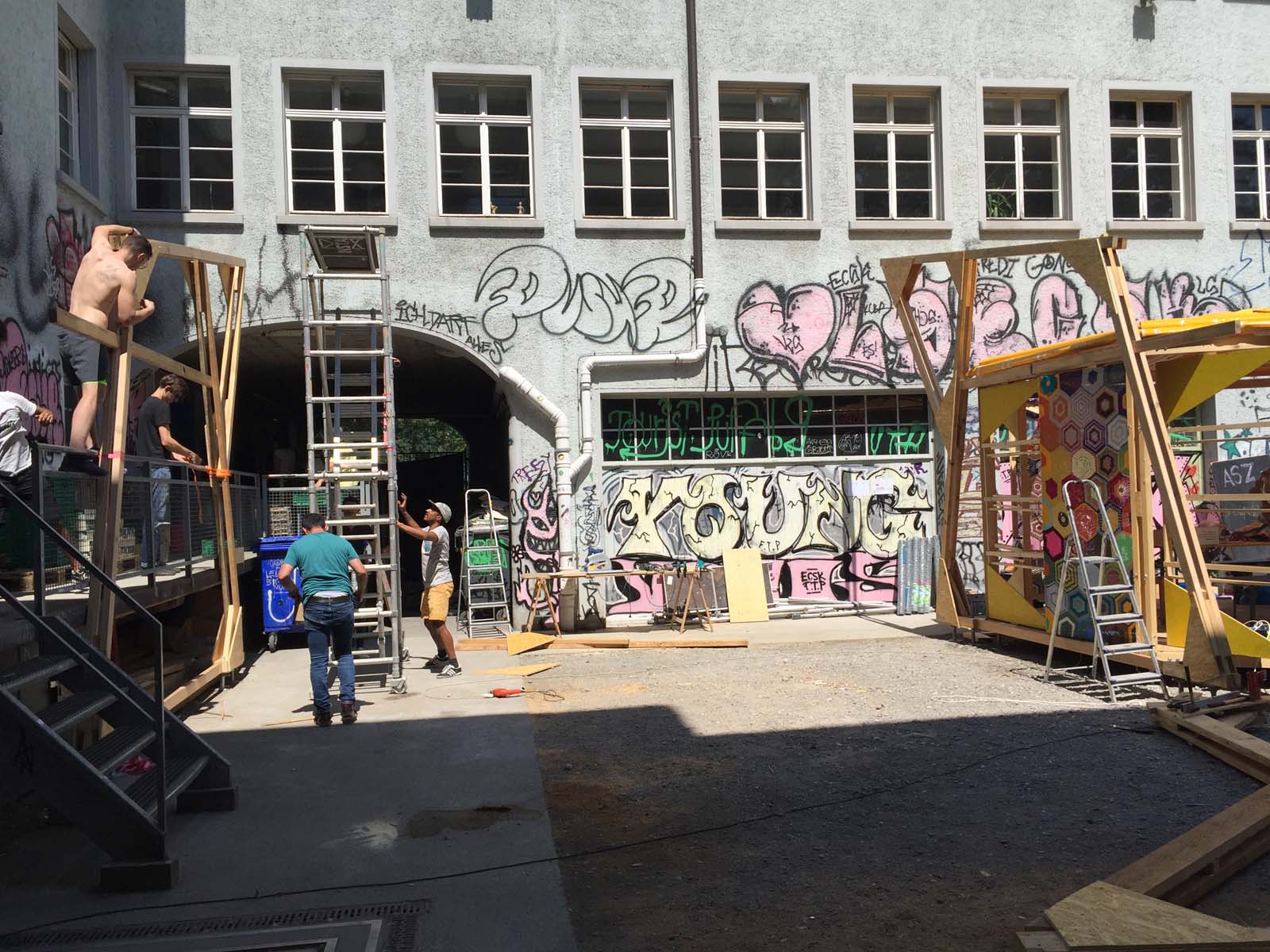 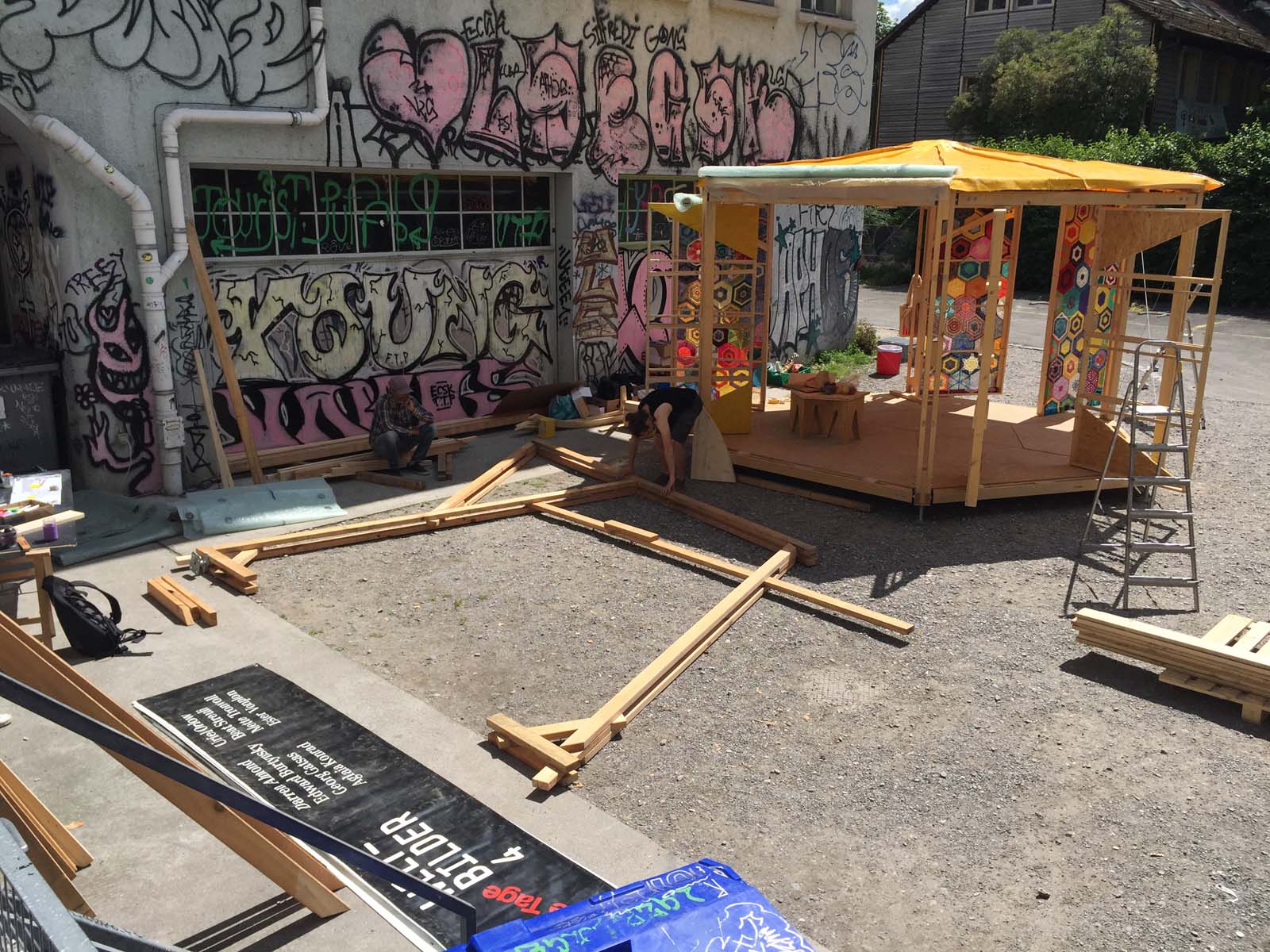 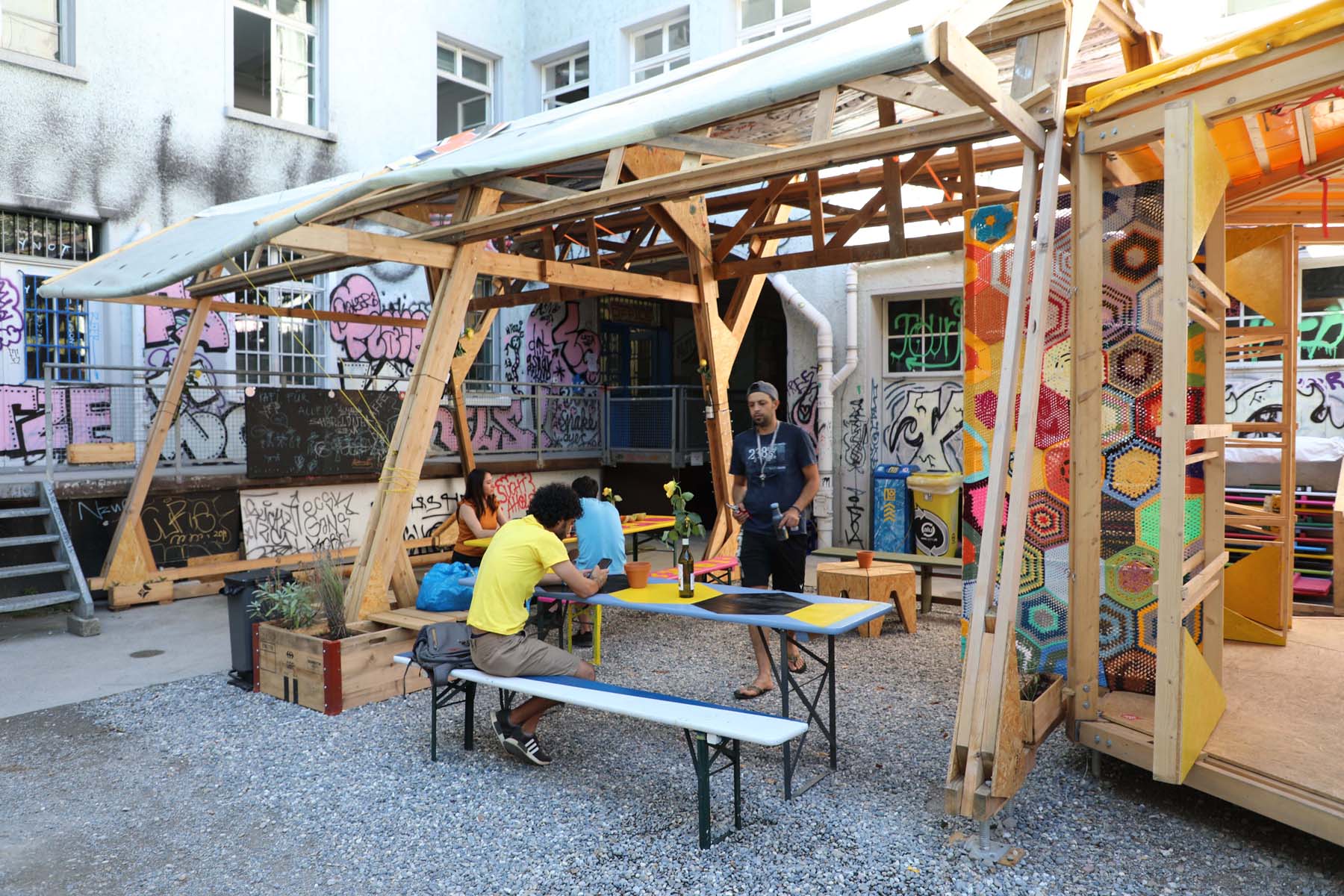 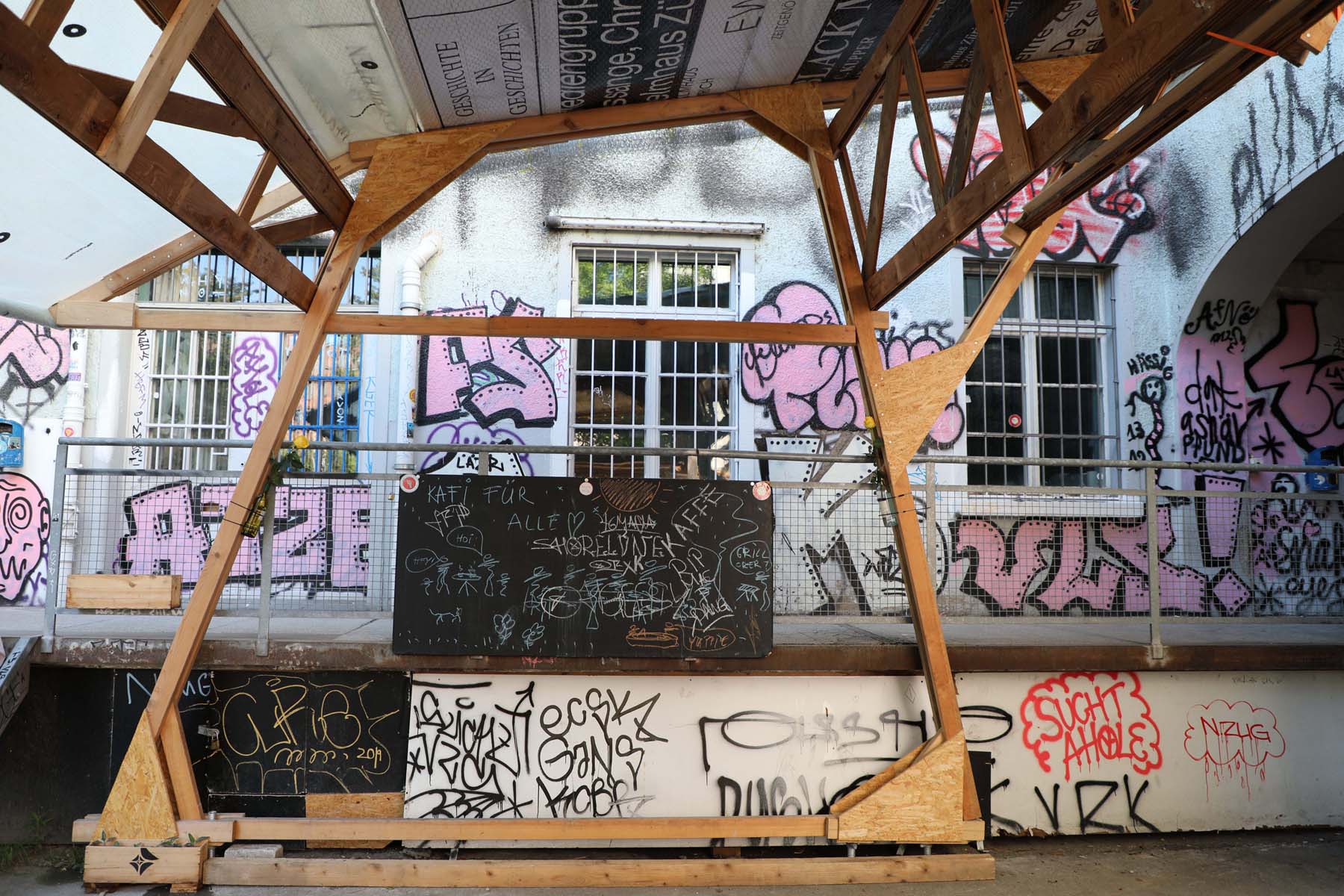 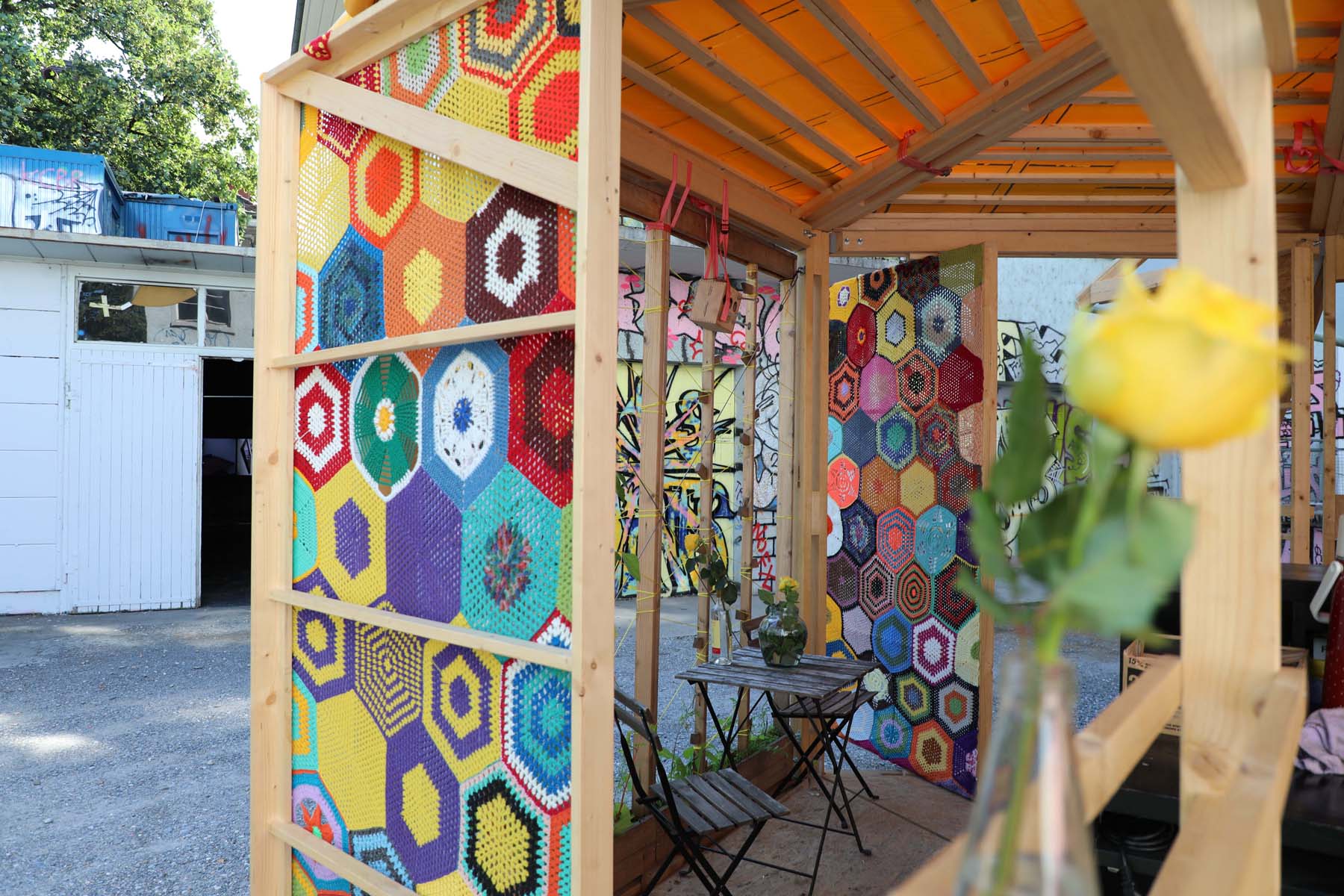 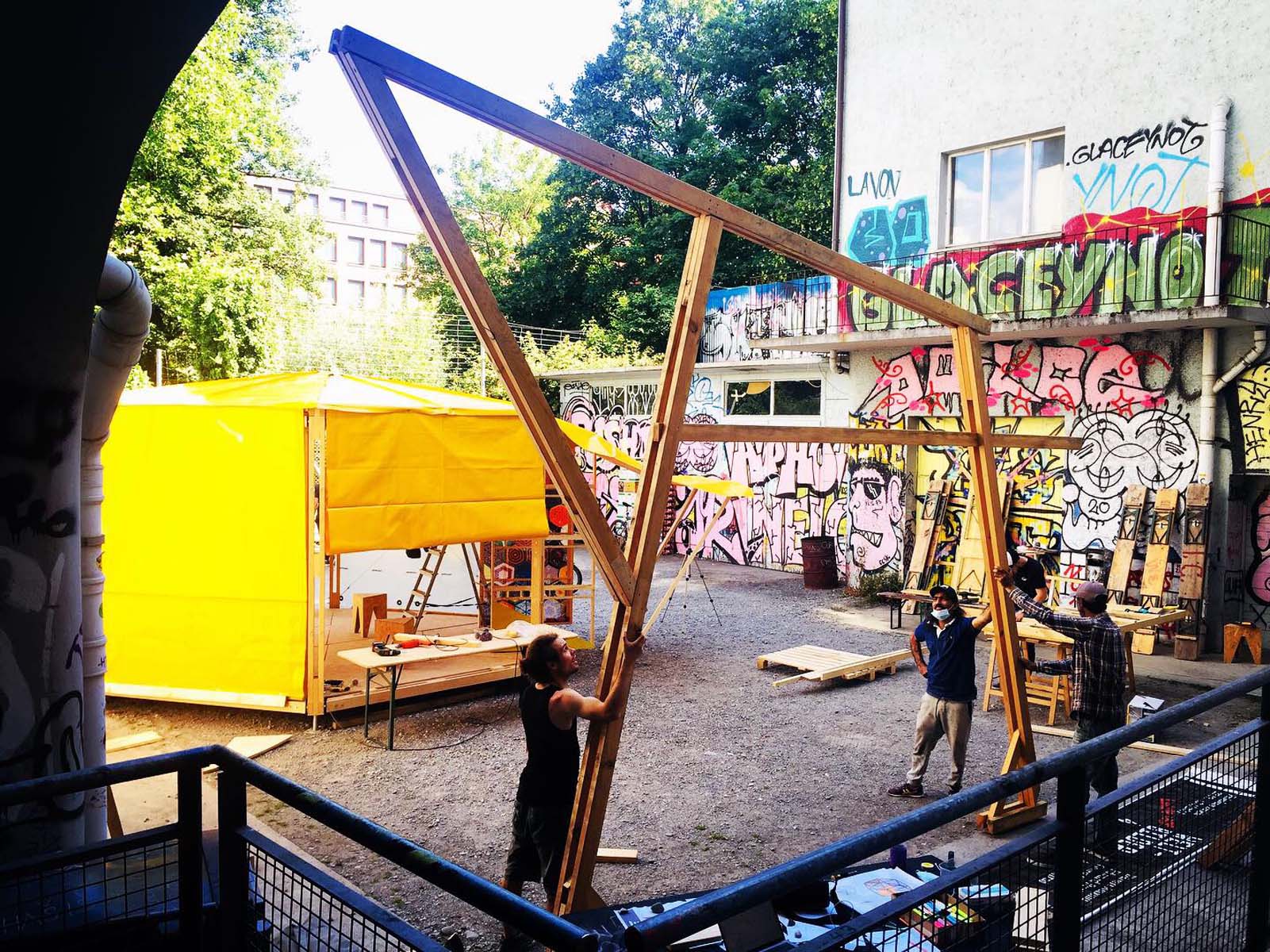 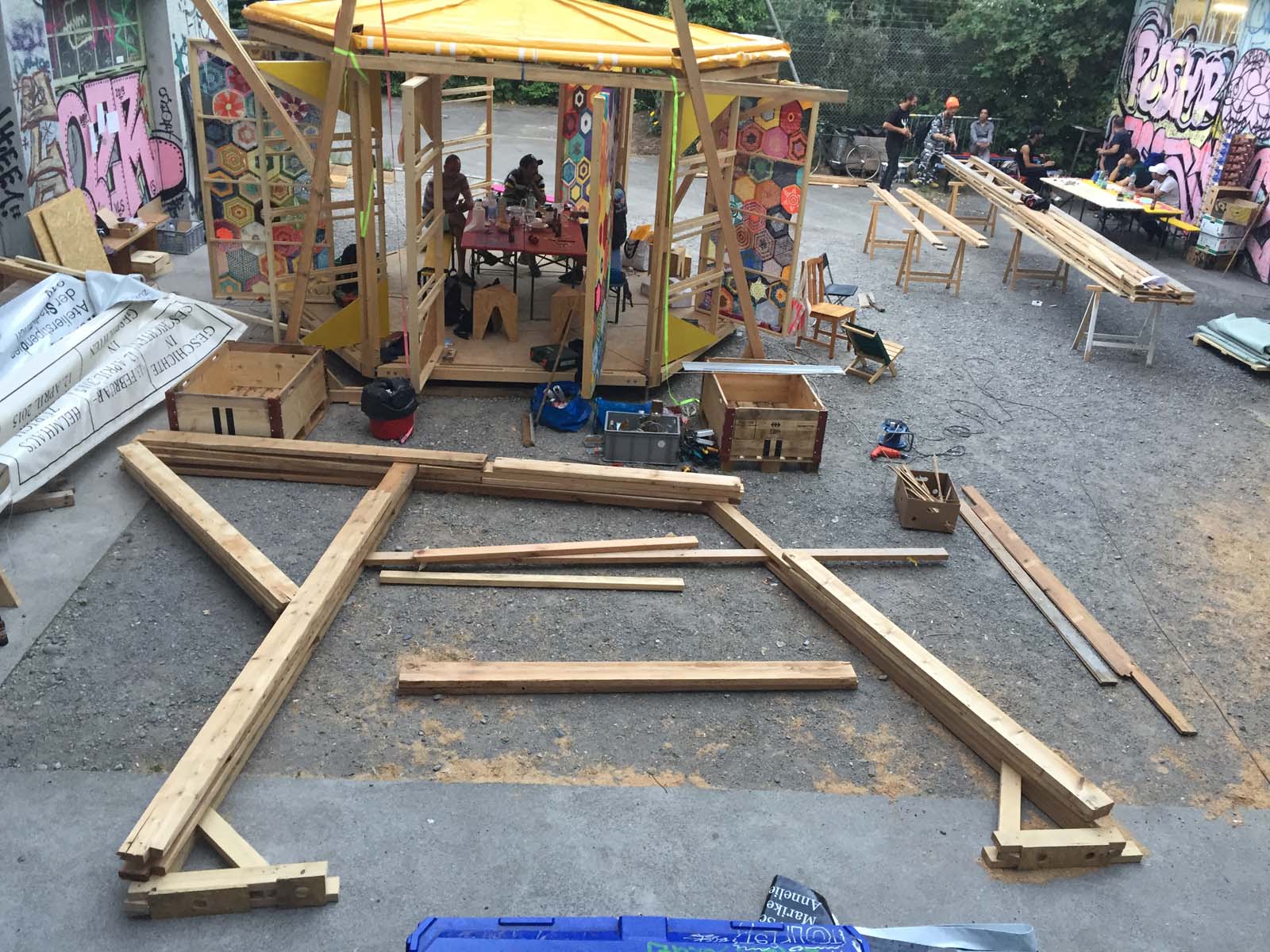 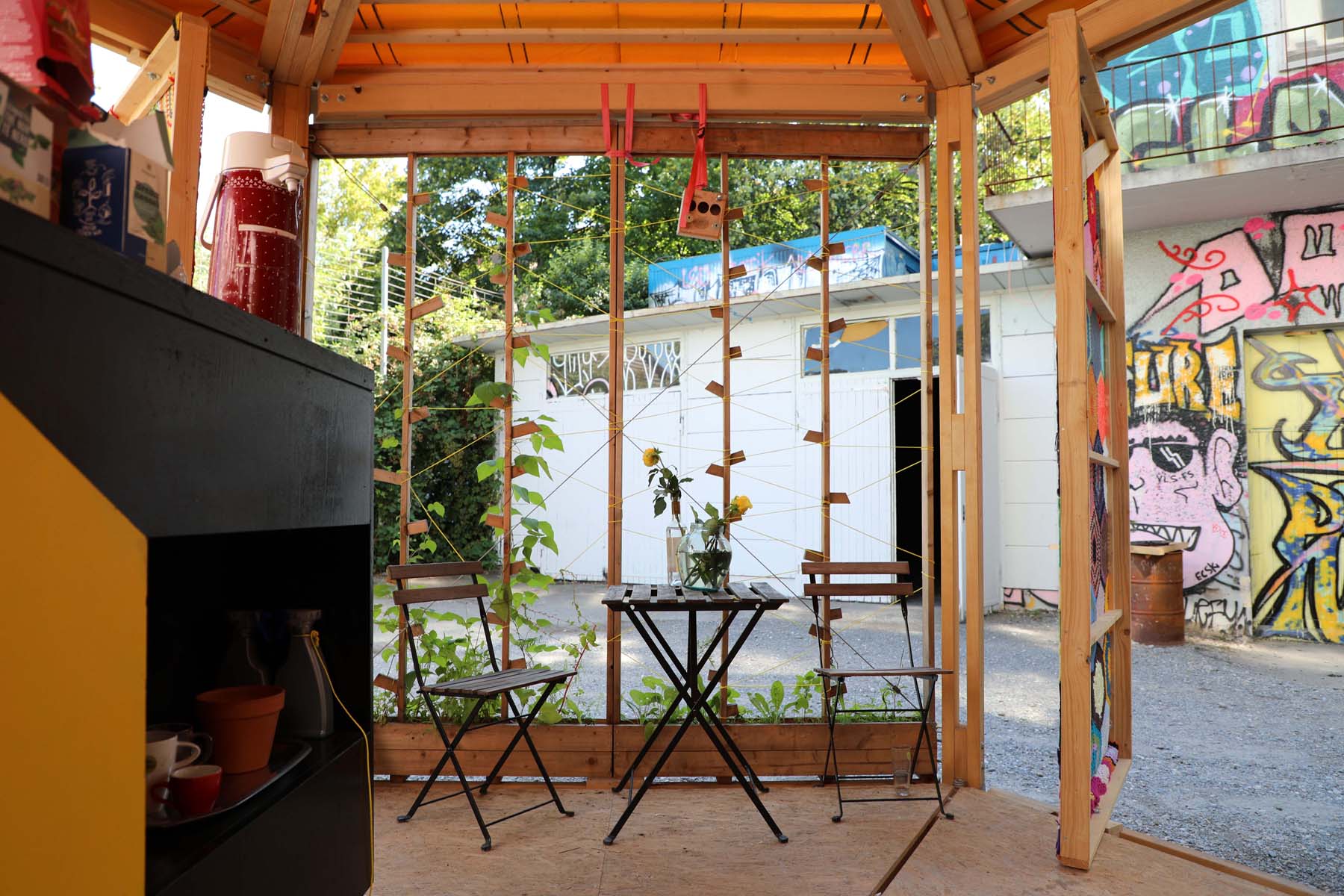 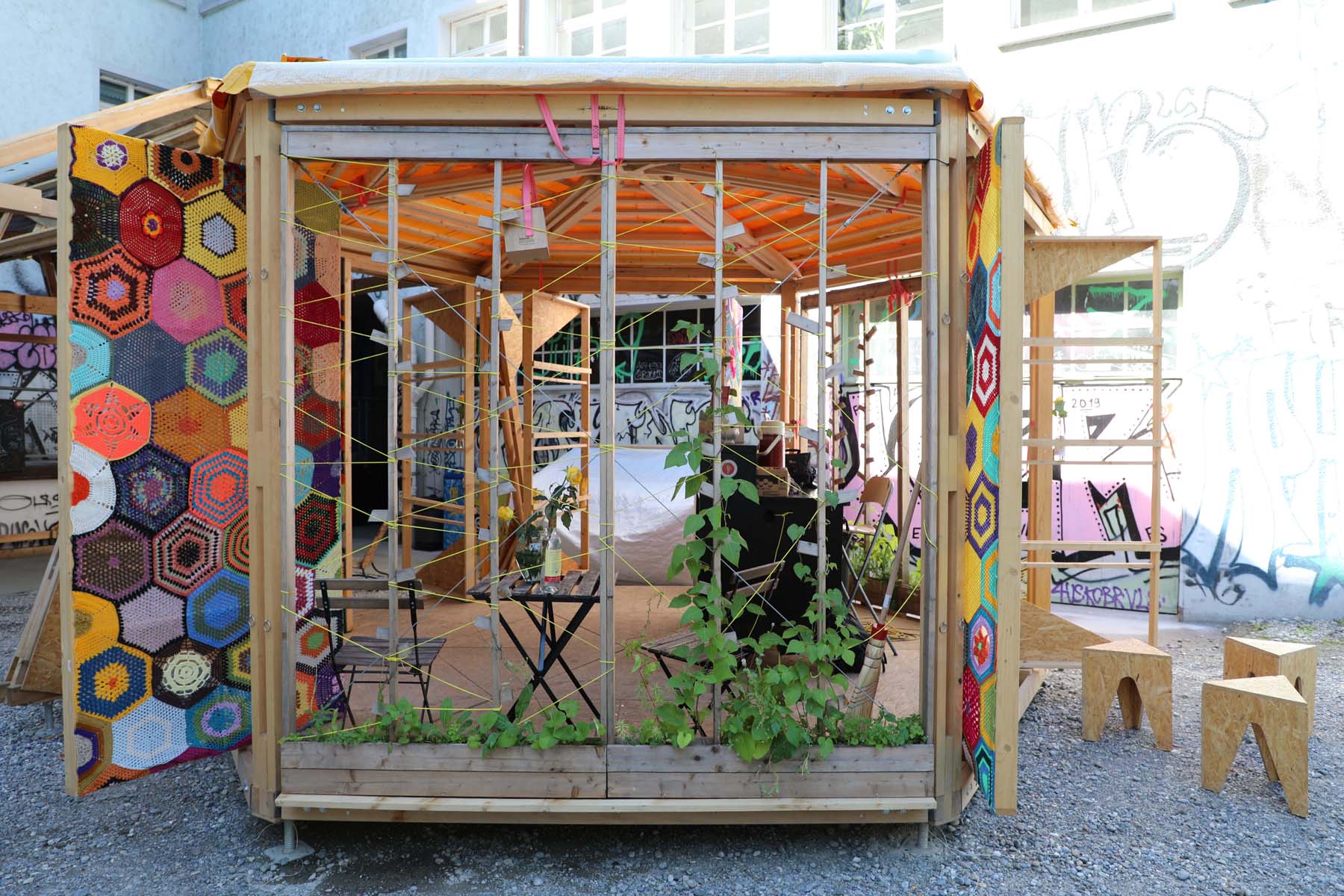 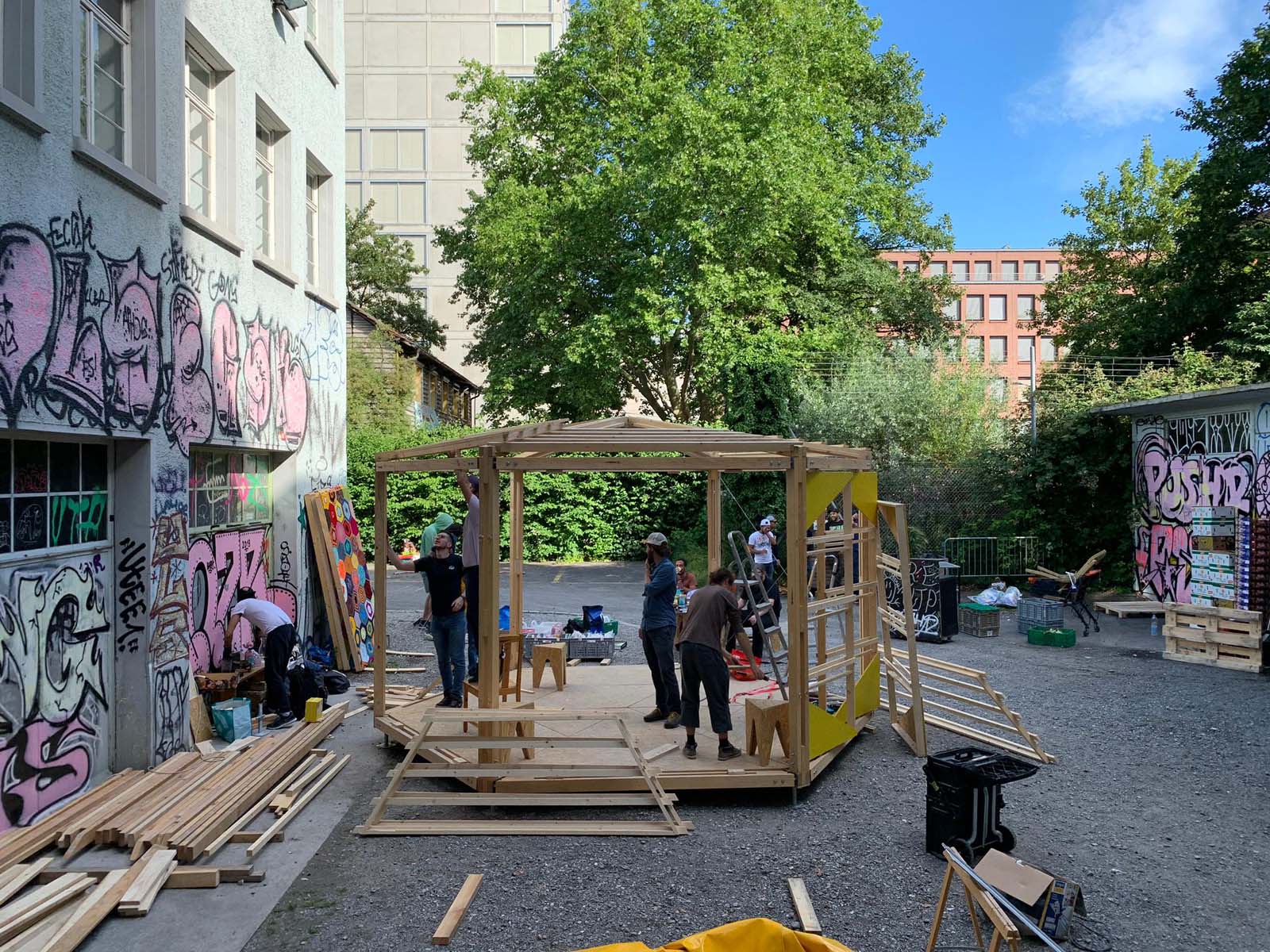 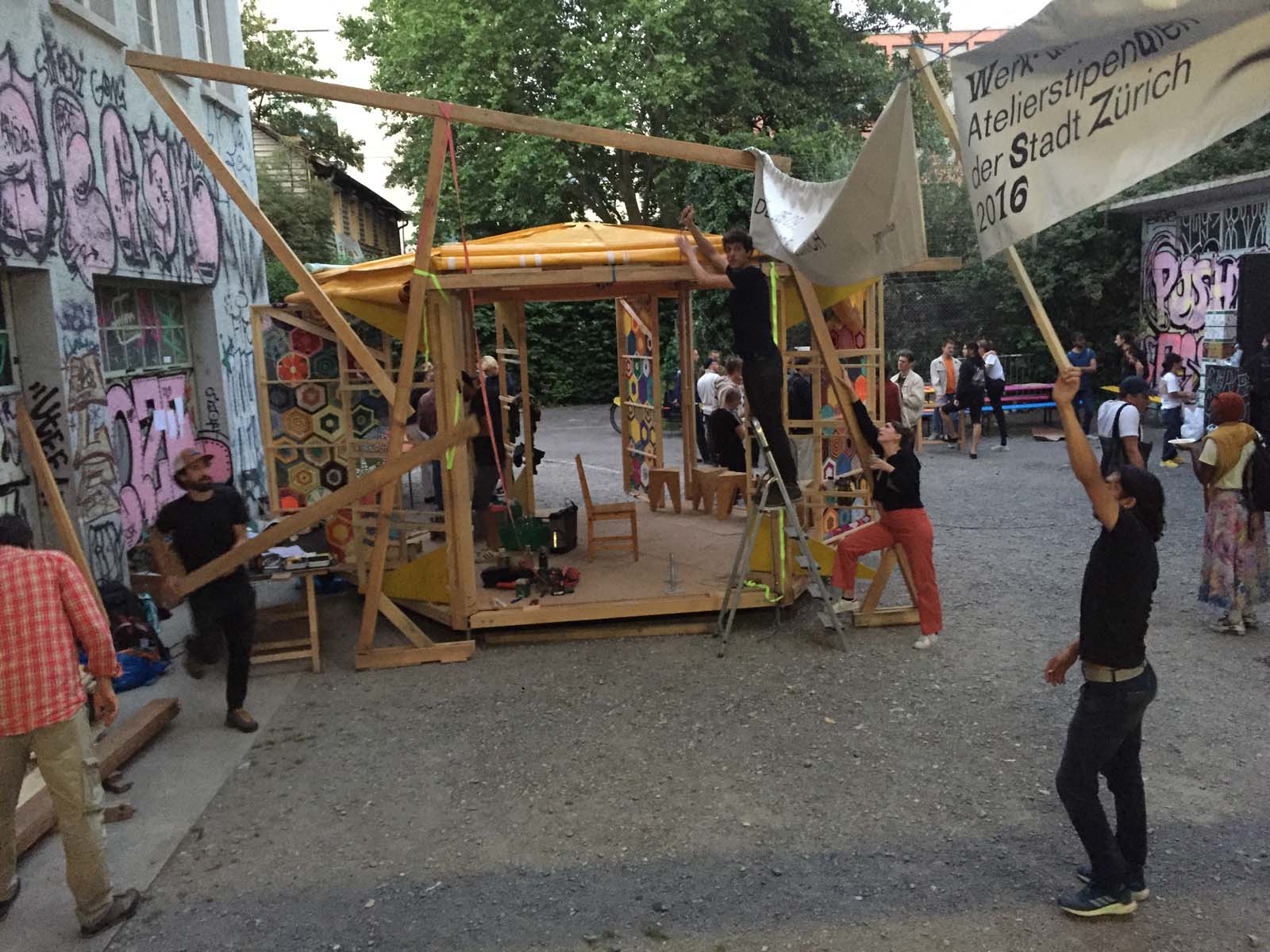 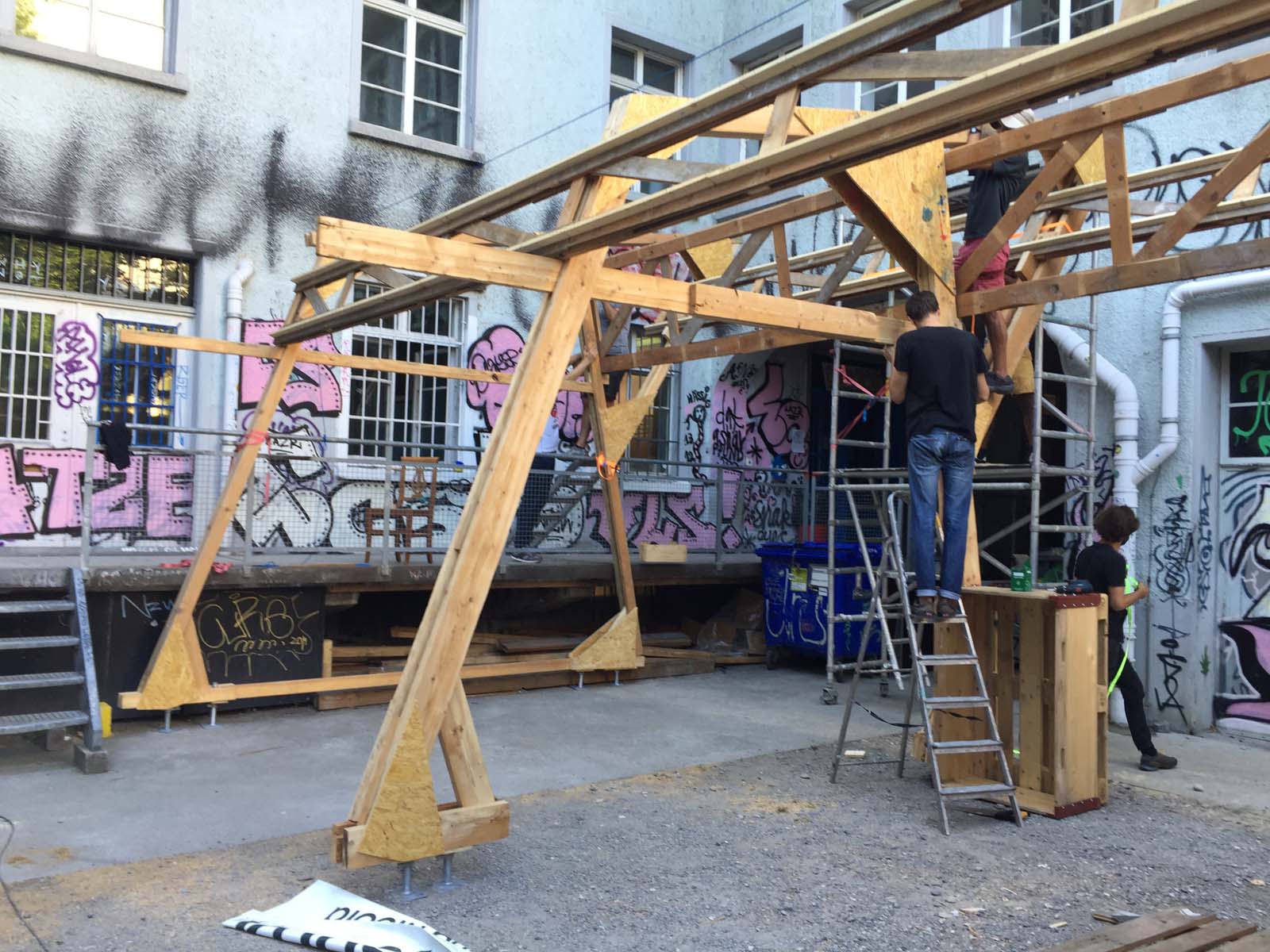 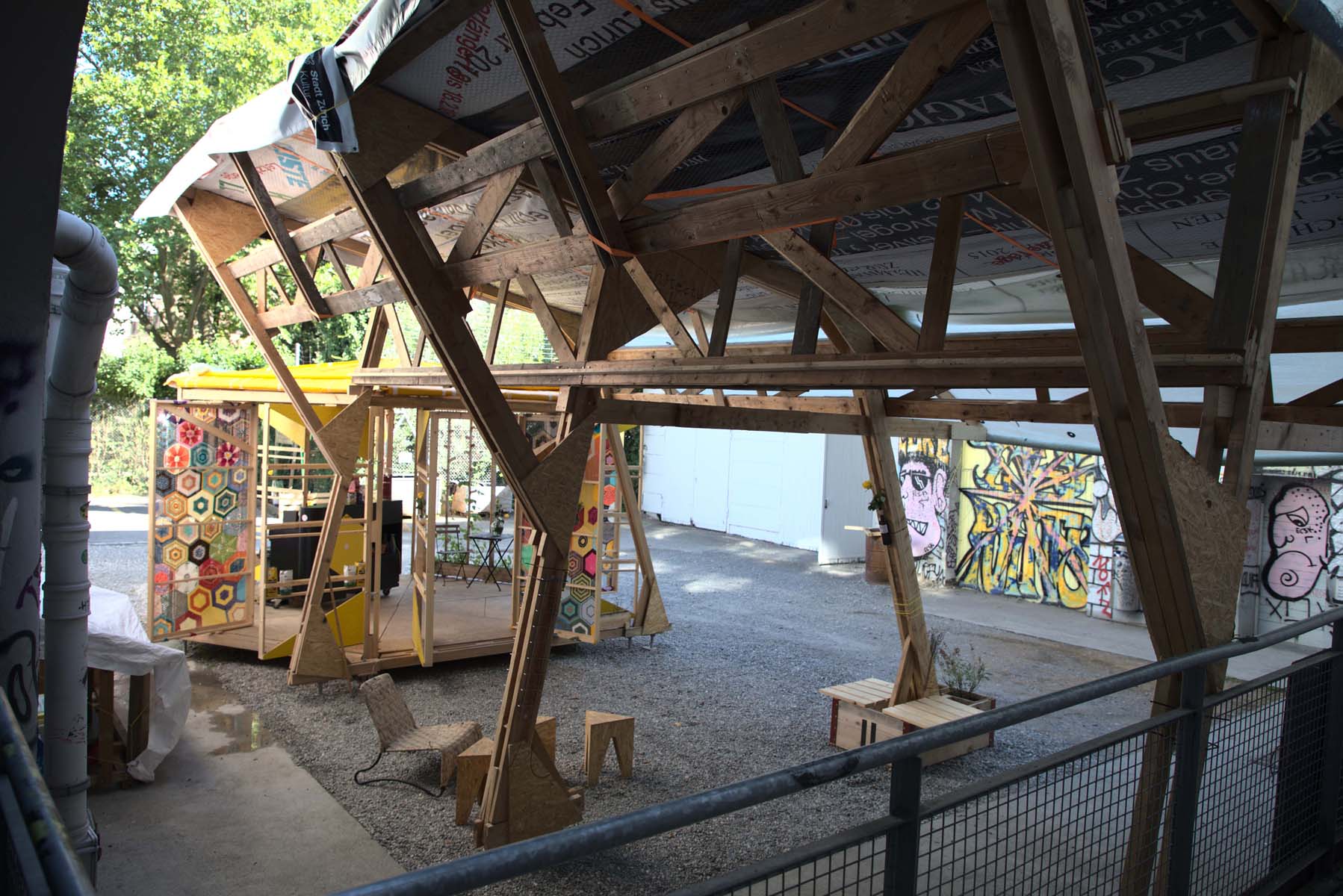 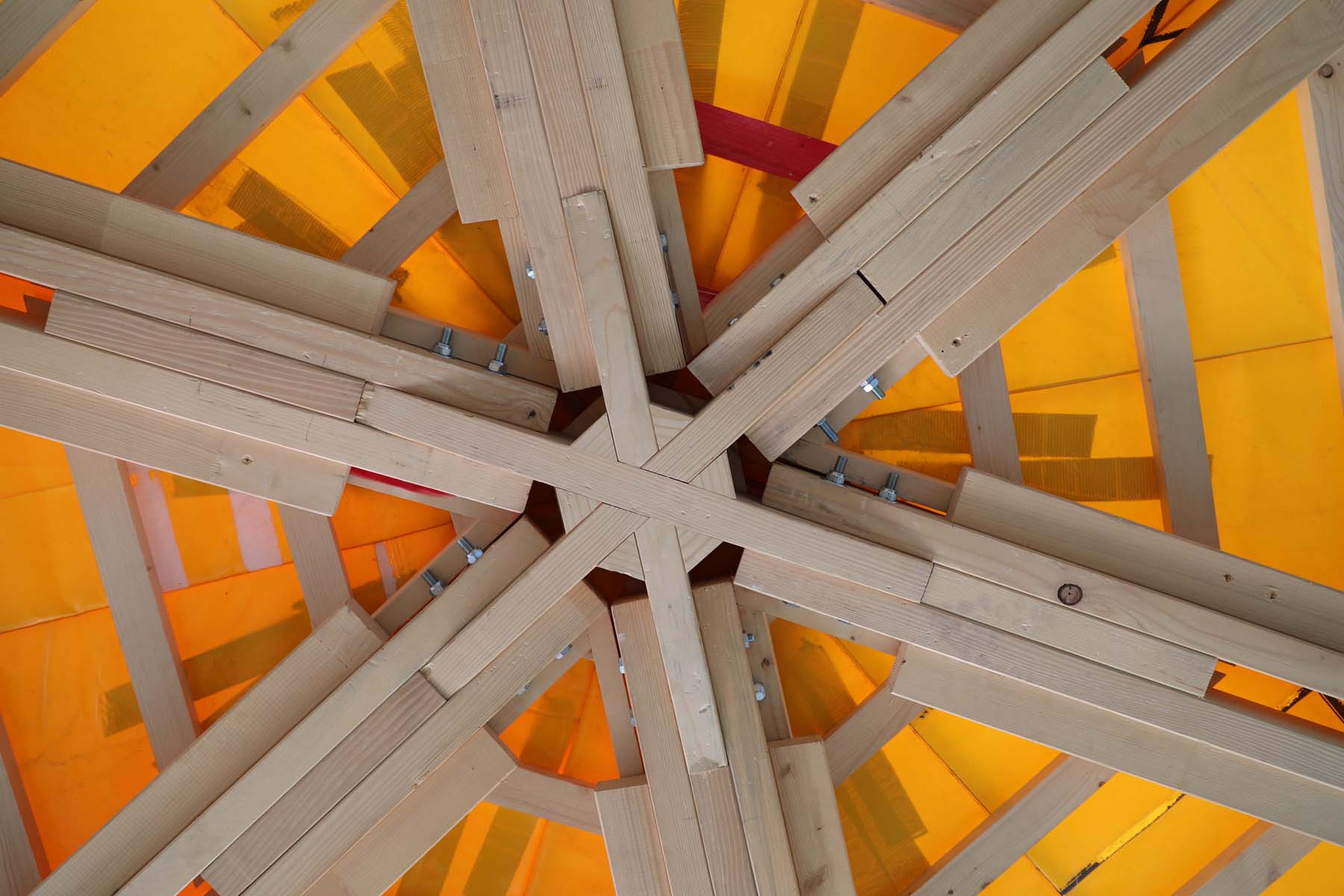 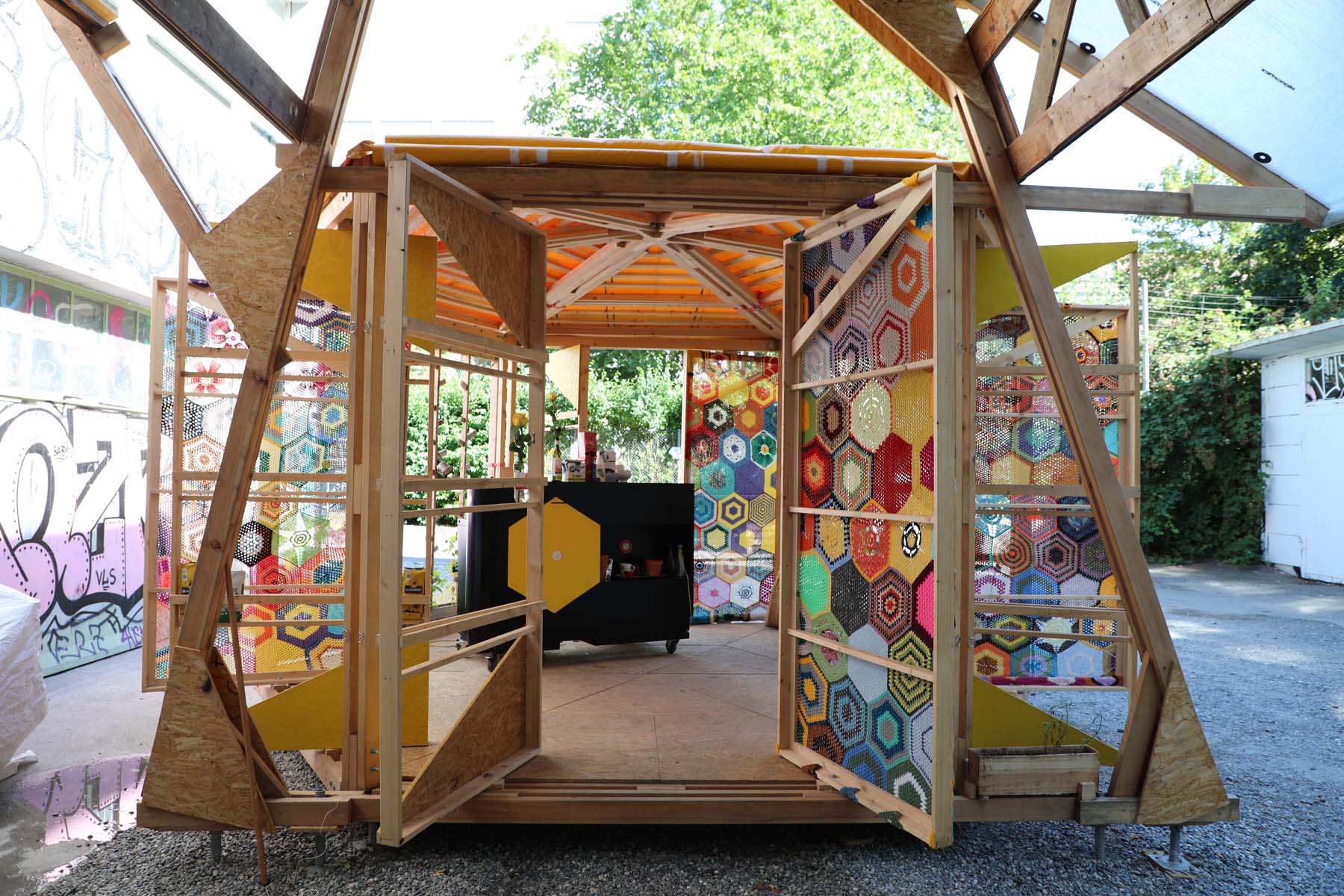